"Sea Worker", Jack-up Crane barge, Owned by A2SEA grounded in January 2016.
The jack up capsized, and posing a problem at the DK coast.
After long and hard negotiations, it were decided to recycle the barge, and Smedegaarden A/S were chosen amongst other bidders.
The barge were cut down in Sections, and finally removed by Beginning sept. 2017.
The barge had a total LDT of 4266 tonne, and the project were done in accordance with the present legislation, every step evaluated and acc. to safety requirements.
The complete project were done in Corporation with the Main contractor and a few other subcontractors. 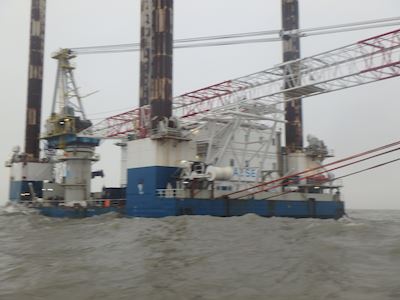 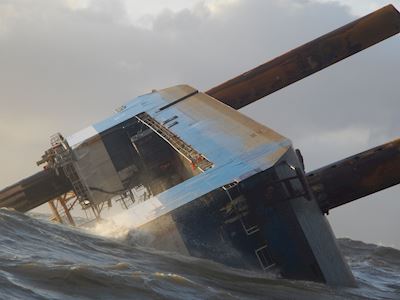 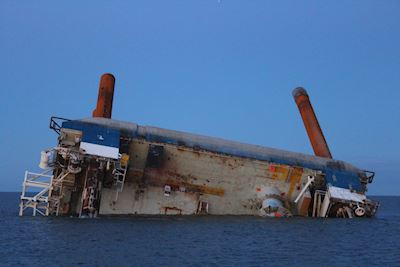 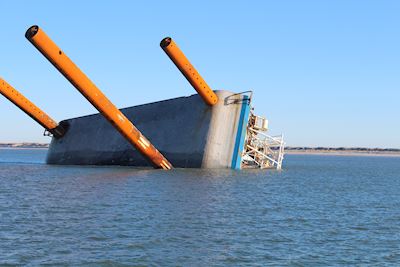 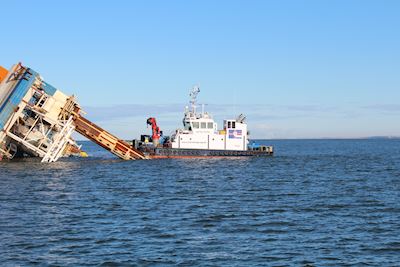 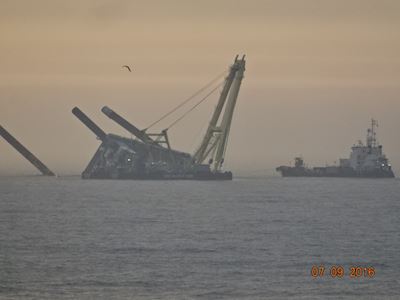 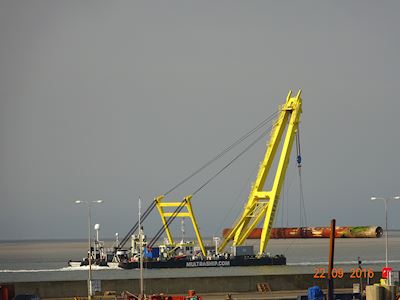 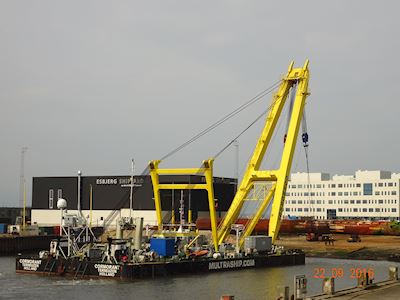 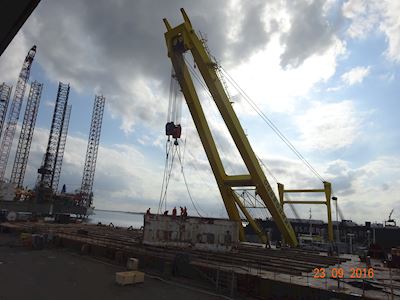 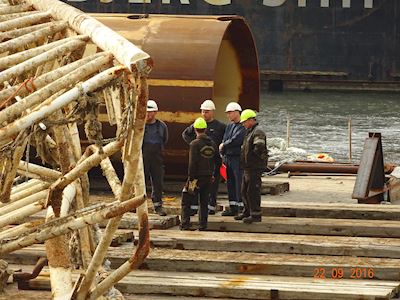 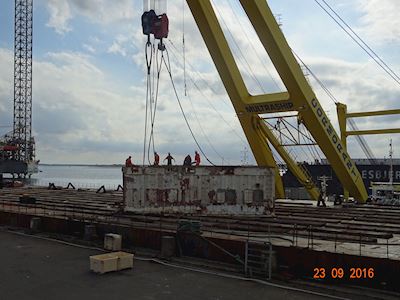 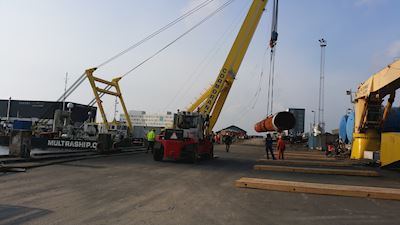 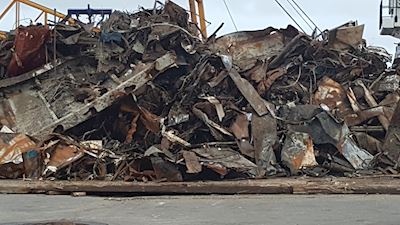 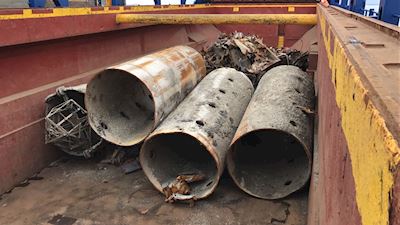 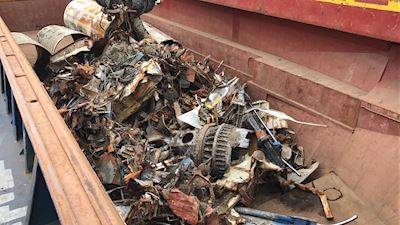